Dope DOD again in Poland with the most recent tour –  “Da Roach” the latest album premiere!

International career of this Dutch group from Groeninge started in January 2011 when clip to “What Happened” was realesed.  It’s hit over 11 million views so far!

Both the EP and the album clearly present distinctive style of the group, African roots, futuristic beats and rough, dirty rap style making Dope DOD a hardcore Dutch response to  hip-hop from the UK.

In June of the same year, at the special invitation of Fred Durst who saw  “What Happened” Dope DOD did European tour with Limp Bizkit, and was their opening performer as well as  Korn’s during their U.S. tour.

“Da Roach”  world premiere will be on April 19, 2013, the record features the following guest artists: Redman, Kool Keith, Onyx , Sean Price, and producers Peter Songolo,ChuBeats, Maztek, Bong Ra and Nightwatch from Noisia! You can not miss it!

“We decided to call it Da Roach, because The Cockroach, the only living creature on earth that can survive a nuclear disaster. Our album is gonna be a classic and our music will survive. Thats why it is… Da Roach.”

“Da Roach” is what the guys from Dope DOD made us used to,  the group again “goes against the flow” playing with the rules of marketing.

“Da Roach” is a mix of drum n ‘bass, dubstep and jungle, but in the center of interest and influence remains the hip-hop.

As they say: Da Roach is an album of dark gloomy climate and heavy, industrial sound. Lyrisc are  much more diverse and varied than our previous release. This ain’t horrorcore, it’s a Stephen King thriller 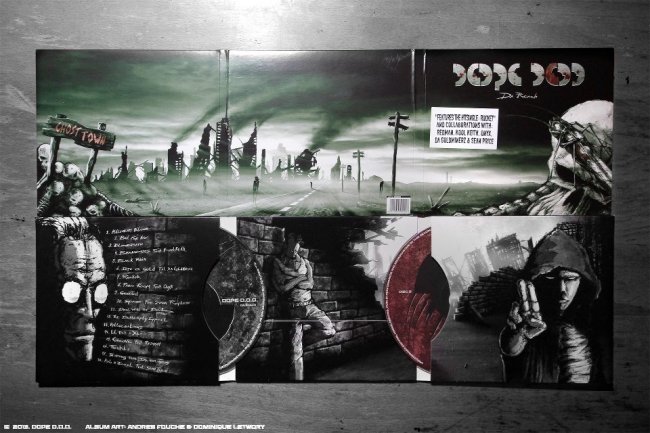 I'm an orange mosquito who came to Krakow and settle down here for good. And you know what - I don't even think to fly away from this place, not a chance! Why don't you join me in this amazing place..@ Mosquito Hostel in Krakow, Poland
View all posts by mosquitohostel →
This entry was posted in Uncategorized and tagged concerts, krakow. Bookmark the permalink.