Posted on February 3, 2015 by mosquitohostel

What many people do not realize, Kraków is known for it’s 5 mounds, which is a record in this category in Poland:) A mound is an artificial pile of earth that looks like a small hill or a mountain. The ones we have in Kraków are perfect for a nice afternoon or evening walk and they are an amazing overlook for the city. The first went up way back in the eighth century. 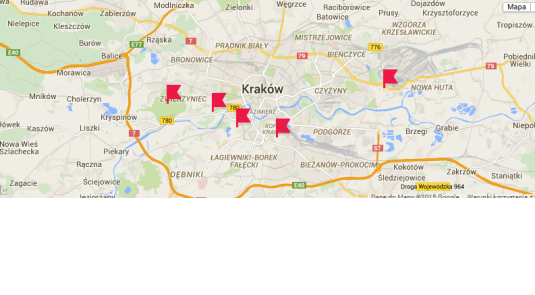 The 5 Kraków mounds are named:

Krakus and Wanda Mound – the oldest ones

Kościuszko mound – the most popular one

Józef Piłsudski mound – the biggest one

John Paul II mound – the youngest and the smallest one

Kościuszko Mound was erected by people from Kraków in the memory of the Polish national leader Tadeusz Kościuszko. A serpentine path leads to the top that is  about 326 metres (1,070 ft) above the sea level. It is a huge attraction  with a panoramic view of the Vistula River and the city. It was completed in November 1823. The location selected for the monument was the natural Blessed Bronisława Hill situated in the western part of Kraków’s – in Zwierzyniec District. An interesting fact about it is that under the mound fortification you can find a square named after Paul McCartney. Why there? Just because near this venue there are buildings belonging to local radio. It is really worth a visit – but note that the return trip with sightseeing may take 4-5 hours. So plan carefully. 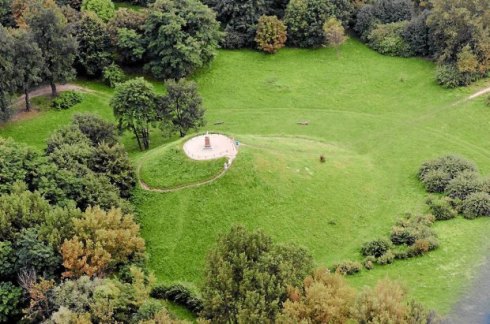 The Wanda Mound was inspired by a mythical royal figure – Princess Wanda. The legend says that she was a pure heart lady who sacrificed herself for the good of Poland. To avoid a forced merriage with a German Prince Rydygier she through herself into the Vistula River. Of all the mounds, Wanda’s is definately most surreal because of a very a very simple reason as it is next door neighbours with the huge steelworks of Nowa Huta.

I'm an orange mosquito who came to Krakow and settle down here for good. And you know what - I don't even think to fly away from this place, not a chance! Why don't you join me in this amazing place..@ Mosquito Hostel in Krakow, Poland
View all posts by mosquitohostel →
This entry was posted in Uncategorized and tagged #attractions, #hiking, #holiday, #legend, #mosquitohostel, #mounds, cracow. Bookmark the permalink.